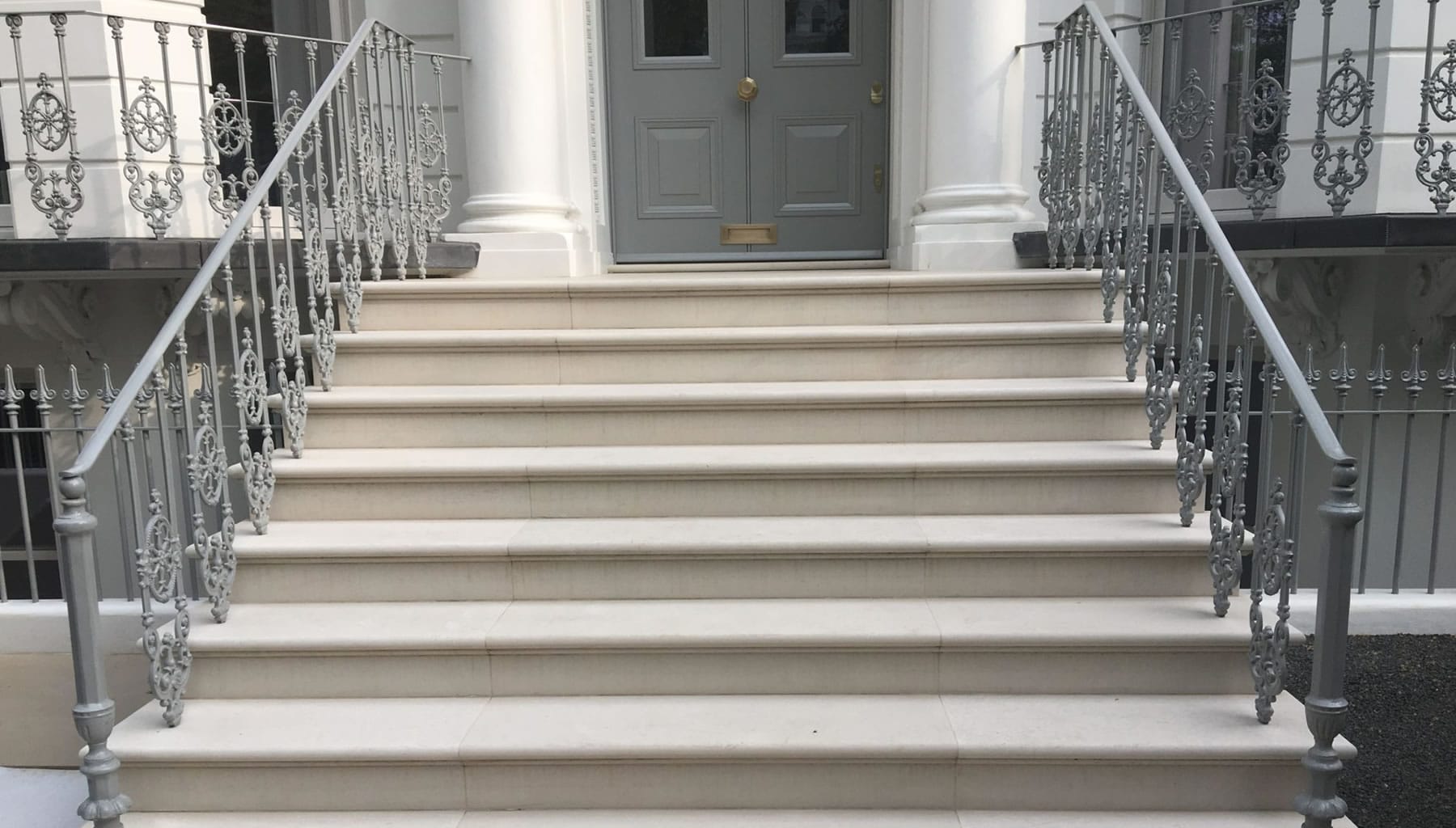 Some basics about British Limestones and Sandstones

The British Isles has a diverse geology with so many different stones available. An early map of the geology demonstrates this diversity very clearly.

We get asked for “sandstone” so often, but not many understand what they are asking for.  Many people expect a sandy coloured stone to be a sandstone – but this generally isn’t the case.  Most often it is a darker colour, with tones of green-grey, blue-grey or dark red & brown.

Essentially sandstone arises from sedimentary stone, made up of eroded base rocks into smaller fragments, carried and deposited in layers and then consolidated by overburden (high pressure) over millions of years to give a strong stone, very often bound together by silica (silica makes up over a quarter of the earth’s crust).   As mentioned, it is often a darker colour rather than sandy.

The UK has large deposits of sandstone.  Some well known sandstones include; York stone, Forest of Dean stone, & Peakmore.  Clearly, the generic name is from the area it is quarried, but there are many local ‘varieties’ and sub-names that are more specific to the general geographical area.   All of the quarries use open cast methods of block extraction.

Note that silica dust which is created from dry cutting is dangerous for lung disease.  So take great care if you are cutting it dry.

The south of the UK is primarily Limestone territory.  Some of the key areas include Bath Stone (reference the fine Georgian architecture such as Royal Crescent); Portland Stone (St. Pauls’ Cathedral and many other fine London landmarks); and Chilmark stone (used for Salisbury Cathedral).

But what is a Limestone?

Most limestones are also sedimentary and formed of billions of ‘ooids’ which are spherical grains made from concentric layers of Calcium Carbonate deposit (Calcite), which is formed in shallow water (coastal or inland lakes).  Then the tiny spheres have been set down in layers and then also consolidated by overburden (pressure) over millions of years to form the stone.  The stone also features varying amounts of embedded ‘shell’ and veining.

The most recognised stones of Bath, Portland and Chicksgrove are ‘oolitic’ stones.  Clipsham stone is another important and basically oolitic limestone, but this stone has more visible bedding (sedimentation) lines and a greater variety of minerals have contributed to its make up (the Houses of Parliament have used Clipsham for repaired areas).

These oolitic limestones are generally of a ‘lighter’ (cream, white, beige) colour, and they are typically less frost resistant than sandstones.   This is important for selecting where they are used on a building, and to ensure that rainwater does not stay in contact with the surface (due to the risk of frost damage).

There is also Magnesian (Dolomitic) Limestone which are carbonate rocks found in the North-East of England, such as the Cadeby Formation.  These have a different character again.

At A F Jones, located in the Reading, Oxford and London region which is more renowned for clay bands, and brick production, yet much stone is brought in and used of course!   The nearest well known ex-quarry to us is Headington, nr Oxford;  this limestone is very often matched with Ancaster Weatherbed or with Clipsham, both limestones of similar colours and textures.

Historically Portland Stone was often used in London, not just due to its beauty and striking white colour, but historically due to ease of shipping block from quarry to construction site by sea.

The lack of primary indigenous stone to our region provides the opportunity to select the best stone from around the country and use them where best suited on our buildings.   This is part of our strength because we can provide independent unbiased advice about the best stone to select for your project.  We have had the pleasure of handling, cutting and carving almost every stone from the UK over the centuries of operation.

From Swaledale Marble to Welsh Slate ….From Alabaster Marble to Shap Granite and everything in between.

Realise your project, guided by our architectural stonemasonry experts.